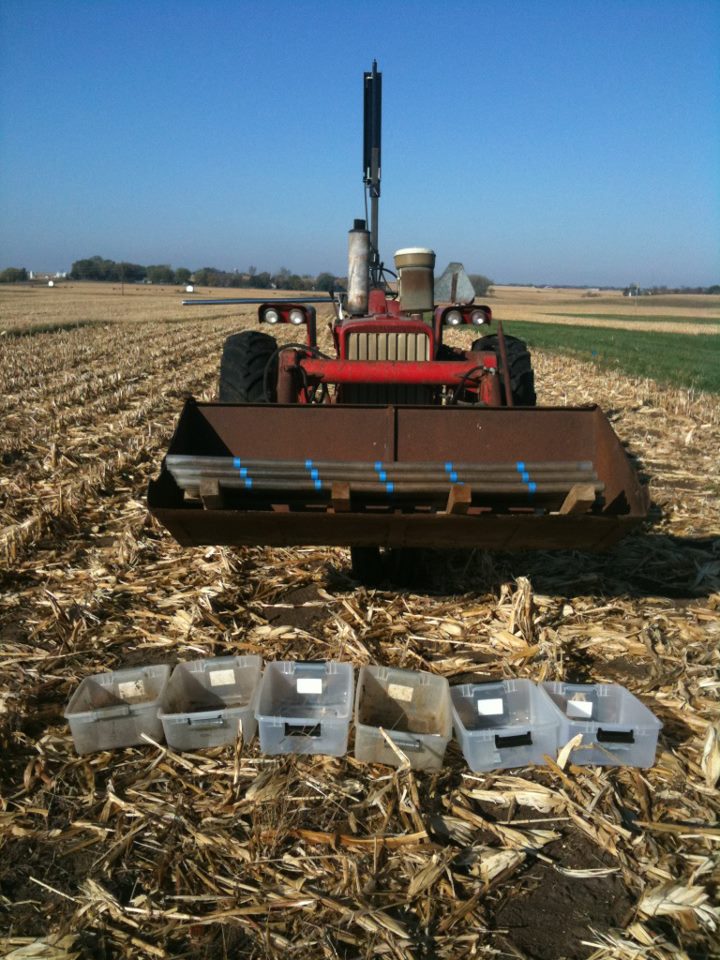 Dr. Robb De Haan and Dr. Ron Vos weren’t looking for a research project when the city of Sioux Center and a farmer approached them with a request to find an economically viable way to protect city water from nitrates. But five research-filled years later, De Haan and Vos have a set of data on cropping systems and nitrate levels that is attracting the attention of groups from local farmers to the Iowa Department of Natural Resources (DNR).

“Sioux Center gets more than half its water from wells that are less than 40 feet deep, which means that they are very susceptible to practices on the landscape,” De Haan says. “Soil is typically a good filter, but not for nitrates,” Vos says.

“There’s a real push nationally to see if we can mitigate that,” Vos says. Some farming communities reduce nitrate levels by taking land around wells out of production. Alternatively, agronomists try to find ways to modify cropping systems so farmers can work the land and reduce nitrate levels simultaneously.

Matt Schuiteman, who farms the land around Sioux Center wells, was interested in making this alternative approach feasible when he asked Vos and De Haan to do some research.

“Dordt’s agriculture and biology departments have a long history of studying nitrates,” Vos says. “It is very natural that we would continue doing something like this; we’ve been doing it for nearly 30 years.”

This project began in 2009, examining cropping systems on land near Sioux Center’s well field. Research concluded in 2013, producing tremendous amounts of data that will take time and effort to arrange meaningfully. Vos took leave last semester to analyze data, and De Haan is on leave this semester to finish it.

“Ron and I will produce a fact sheet for the Iowa DNR and write and publish a scientific journal article,” De Haan says. They anticipate completing both projects by the end of this academic year. Then they will share results with farmers, municipalities, the Natural Resources Conservation Service, the Iowa DNR, the research community, and others who want to improve water quality.

The Aldo Leopold Foundation and Iowa DNR awarded De Haan a grant to help publish the research and create a fact sheet for farmers. The research fits with Dordt’s mission and its pursuit of “Christ- centered renewal of all aspects of life,” De Haan says.

Dordt aims to create an environment where students learn not merely for personal benefit, but also for service. “This fits with our concept of serviceable insight,” Vos says. “Some people will talk about looking to see God at work and then joining him,” De Haan says. “I think God has been at work in this whole nitrate project. It has become an issue, it has become visible, and he has allowed us to work toward solutions.”