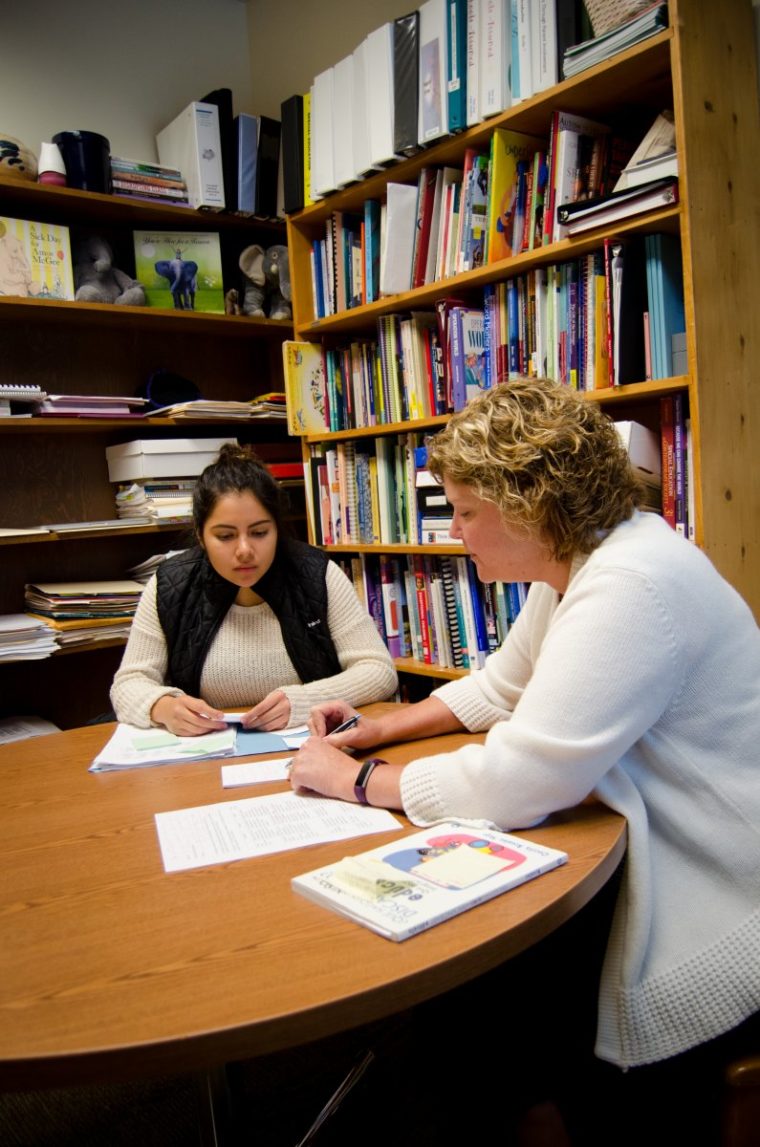 Thirty students from across disciplines spent 10 weeks on campus this summer gaining valuable research experience under the mentorship of one of their professors.

“What I found was a professor that truly came alongside of me,” Janssen says. “He obviously knew much more than I did about the text, and he shared his knowledge with me whenever he could. But he also considered my opinion or ideas to be as valid as anyone else’s, challenging them when he didn’t quite agree and writing them down when he had not thought of them before.”

“Research allows you to dig into the intricacies and wonders of God’s amazing creation in a deeper way than we are able to do in a traditional undergraduate setting,” says Dr. Justin Vander Werff, professor of engineering. “Creation is one of the books through which God reveals himself, and often research opens windows that allow us to appreciate God’s glory, power, and sustenance in new and unique ways.”

“Summer research is a way to engage more deeply in topics that we teach,” agrees Professor Donald Roth, who teaches business law and criminal justice courses. “It’s a chance for students to develop a more nuanced or practical understanding of the topics they study.”

This summer the 30 young researchers focused on topics ranging from neurodegenerative diseases to the implications of private colleges losing tax-exempt status to Dante and science fiction to designing a biomechanics lab.

“I learned that research is much more complex than I thought. It requires troubleshooting and problem-solving skills that stretch you intellectually and build your character as you try to find positives in every situation,” says student Leah Breon. “I learned patience when it took several days or even weeks to do one experiment and perseverance when the experiment was botched.”

Collaborative student-faculty research often leads to deeper relationships between students and faculty mentors, too, and it can help them gain new insights and increased awareness about areas of need. For some students, undergraduate research is a way to build their portfolio of experience for graduate school. For others, the opportunity leads to a career in research.

“As a result of the experience, I’m interested in exploring research as a career path. I was set on becoming a physician assistant, but this summer I discovered that I’m passionate about the questioning and troubleshooting that goes into biological research,” she says.

“I enjoyed being able to really dig into one topic,” says student Laura Beridon, who worked with Vander Werff. “Often, when doing a project for a class, I don’t have time to stop to figure out why something isn’t working correctly. This summer, if my results weren’t looking the way I thought they should, I had time to dig into the reason why and learned much more as a result.”

“I have found that students see a different side of science when they are engaged in a research internship,” says Biology Professor Dr. Tony Jelsma. “They see science as less a collection of facts than a process of asking questions, designing experiments, and interpreting data. They see the incremental and sometimes tedious work of collecting good data so that the interpretations can be trusted. These insights are important even if the student doesn’t go on to a career in research.”

While individual researchers and their mentors find their own ways to best work together, Dordt faculty mentors give students a great deal of independence and responsibility, yet are close at hand to answer questions, give feedback, and work through problems.

“Good researchers have inquisitive minds; they want to dig and explore and overturn new stones,” says Vander Werff, adding, “Good researchers are self-motivated; they do good work when they have the freedom, to a certain extent, to set their own agenda and take a project in the direction that feels the most meaningful to them. They tend to ‘ask’ their research what direction it is taking them rather than asking their faculty advisor about every little fork in the road.”

Student Matthew Ojo worked with Roth and says he “learned to work with legal case analyses and to draw inferences from tons of documents. I learned time management and research skills and much more. It’s fun.”

Education Professor Dr. Kathleen VanTol’s student Gala Campos Oaxaca says, “I learned that education in third world countries needs a lot of improvement, and that inclusive education is more than just letting children with disabilities go into a classroom—it’s about changing the way we educate so everyone is able to learn. It’s about breaking barriers.”

Faculty benefit, too. Roth finds that mentoring student researchers in the summer lets him engage important topics even though he is also busy teaching online courses and planning for the upcoming year. “They help push my ideas into new areas that I would not have considered,” he says.

“I find being involved in research important to maintain a good perspective on science. In our courses the biology professors try to equip the students to become scientists, and it helps if we are engaged in this activity ourselves,” says Jelsma.

And Matthews believes that the undergraduate research project helps him be a better teacher of undergraduate students, and he’s using what he learned during the project in ENG 223, his science fiction course, this fall.

“By having Jon talk through the books with me, I figured out how I might teach, for example, the Divine Comedy in CORE 180. I have a much better idea of what parts of that poem students will be interested in, as well as what major questions they will have—and what they will be confused by.”

“I could not do the research I am doing without the assistance of my student researcher,” says VanTol, who is working on special education curriculum for students in Nicaragua. “She brings the cultural perspective and language piece that I do not have. Even though I can read Spanish, I need her help as a native speaker to pick up on the nuances of meaning in the information we gather. She helps me interpret what we learn through the lens of her culture.”

This summer’s student researchers appreciate how much they grew and learned by being able to delve into a project in a more intense and intentional way.

Janssen recalls that when he learned about the opportunity to spend his summer in the research program, it sounded too good to be true.

“Get paid to read books and talk about them? Sign me up!” he said. At the end of the summer his enthusiasm hadn’t dimmed. Even though he admits that he had to fight, some days, to keep reading, “It was wonderful to dive deep into an old text tempered with a pair of fresh eyes. Finding associations between different texts was always a delightful ‘a-ha!’ moment.”

Whether they worked in a lab or library, other responses were similar.

“I liked the thought of doing something no one had ever done before and possibly being able to draw totally new conclusions,” says Beridon.

Ojo adds, “Undergraduate research is something everyone should experience.”