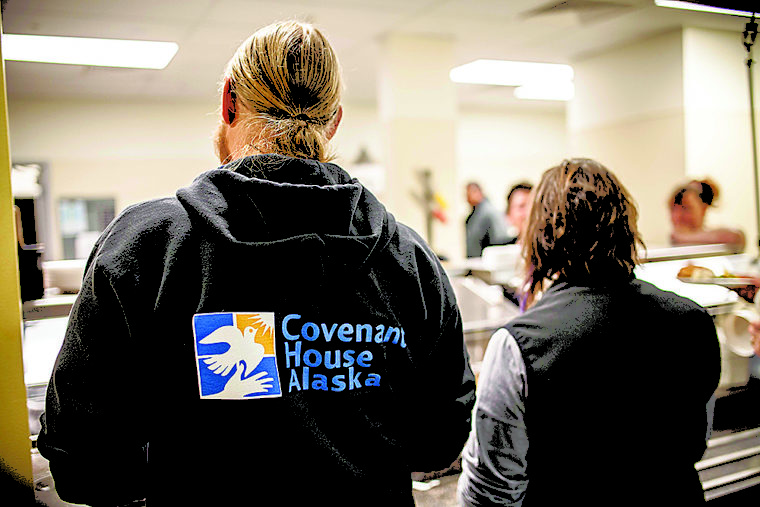 Alaskan winters are dark and cold. Many who live in the state are itinerant, serving on military bases or working in fishing and tourism industries.

The state is also home to a number of vulnerable people, including a large native population, many of whom face circumstances of displacement and deep economic distress.

Under these conditions, the sex trade flourishes.

“Alaska is the top in the country in all the bad stats,” says Josh Louwerse (’08). “In every category—physical abuse, substance abuse, suicide—we come in at the top of the list.” These social problems lead many young people to a life on the streets, where they are especially vulnerable to being trafficked.

A youth ministry major at Dordt, Louwerse saw his career take surprising shape in Anchorage, where he began reaching out to at-risk youth. He spent a year and a half out on the street.

“I was right where they are, experiencing what they experience—seeing the violence, seeing the fear, the drugs, the chaos firsthand,” he says.

“The work begins by building relationships of trust,” says Louwerse. “Many of these kids go a long time without having an adult look them directly in the eyes. We look them in the eyes, we call them by name.”

Louwerse eventually got his master’s in global urban ministry and leadership from Bakke Graduate University, and he now helps shape the programming at Covenant House. He also leads trainings across the state, teaching law enforcement officers, medical professionals, and “basically anyone who will show up” how to identify and serve victims of sex trafficking.

“Most of the places I go, people hardly recognize that sex trafficking is even a real thing, and that it’s happening in their town, or their city,” he says. Yet Alaska—and especially Anchorage—is a global crossroads for trafficking, and Louwerse uses these training events to help communities consider how to build the infrastructure necessary to respond.

Last fall, Louwerse visited Dordt’s campus as a guest speaker in chapel, contributing to the semester-long series on the Book of Acts and the early Church. He began by demonstrating the power of language to shape how we respond to those we’re called to care for and who live on the margins.

According to Louwerse, our names for things matter. Whether we use the label “teen prostitute” or “sexually exploited child” has deep implications for how victims of sex trafficking “are cared for or not cared for, how they are served or excluded, and whether they are invited into our communities of love and hope.”

Dean of Chapel Aaron Baart sees in Louwerse’s story a powerful demonstration of what, as Christians, we’re called to: “In the book of Acts, we encounter passage after passage where the early New Testament church is learning to follow Jesus’s example, and is finding out that the arms of the kingdom are extended so much farther and deeper and wider than we ever imagined.”

Baart says Louwerse’s work with Covenant House is an example of “what it looks like when ambassadors of the kingdom of God don’t run away from the darkness, but instead run into the heart of it.”