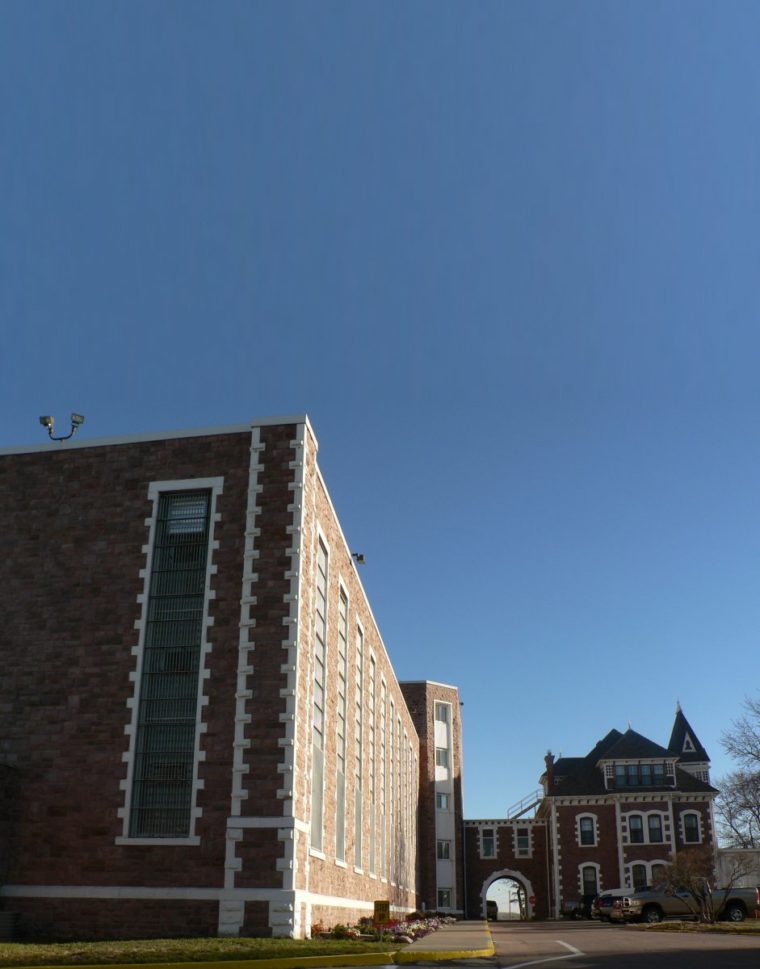 Bousema and Jared Van Wyk, Dordt senior criminal justice majors, interned at the penitentiary this past summer. They were trained to perform tasks that most correctional officers do at a prison: make rounds on each floor every thirty minutes, conduct cell searches, breathalyze inmates, stop inmates from hurting themselves or each other, and generally ensure that the inmates were where they needed to be.

Both Bousema and Van Wyk note that an important part of their job was making sure the policies and procedures of the penitentiary were followed at all times. But Van Wyk also points out that, despite the negative stereotypes surrounding prisons, his job was not as difficult as some might expect.

“Every day is interesting,” he says. “However, the public has a very negative perception of what prisons are like and what occurs in them. The prison is full of staff willing to work with individuals and prepare them for a life outside of prison. A lot of inmates just want to do their time and leave.”

Bousema agrees, saying that, although drugs, violence, and gang activity do happen at “the pen,” they do not happen to the extent that the public often believes.

“You never knew what was going to happen every day, which was exciting,” says Bousema. “But the SDSP has enough rules in place that the inmates are relatively orderly.”

The internship experience gave Bousema and Van Wyk a good look into where their Dordt education was taking them. Both felt that the internship confirmed their calling to go into criminal justice and gave them solid, hands-on practice in the field.

Donald Roth, associate professor of criminal justice and business administration at Dordt College, believes an internship is especially good for students hoping to go into corrections or law enforcement. “Jared and Krista had a chance to hear stories and encounter individuals who opened their eyes up to what can be out there,” he says. “They have honed their gut sense of when things are dangerous or suspicious in a way that will serve them incredibly well in their future careers.”

But the internship gave Bousema and Van Wyk more than practical experience—they also learned more about themselves.

“One of my biggest takeaways was learning how to remain calm with an upset inmate and how to successfully de-escalate a situation without making anything worse,” says Van Wyk. “That was not an easy thing to learn right away, but I had to let the inmates be heard to keep the peace.”

Bousema had a similar experience, but she also had to know when to be assertive. “Saying ‘no’ and making someone upset was hard for me at first, but it got easier,” she says.

Both students say their faith had an impact on how they treated the inmates.

“As correctional officers, we are working toward helping inmates live a better life and enabling them to contribute to society once they are released,” says Van Wyk. “I have a strong passion for helping people, so I felt this experience really prepared me for a career in law enforcement.”

Bousema gave an example of how being a Christian shaped her response to inmates. While conducting a cell search, inmates thanked her for being respectful and not tearing their cell apart. She felt that the experience gave her an opportunity to show God’s love and compassion to those who needed it the most.

“While I’m not condoning their crimes, I had to remind myself that the inmates were people as well—they fell short like the rest of us and deserve to be treated as people.”