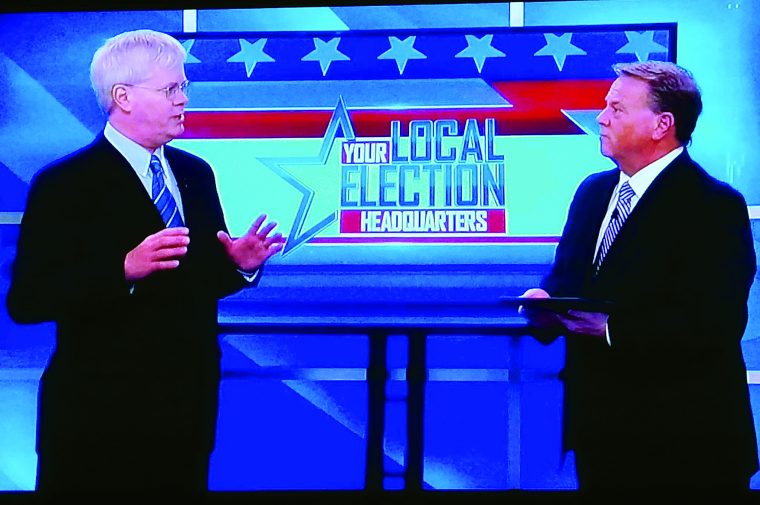 Dr. Jeff Taylor was set to host the Republican caucus in the B.J. Haan Auditorium on February 1 ahead of the 2016 elections. Then, someone from KCAU-TV in Sioux City called Dordt and asked if anyone on staff would be willing to appear on television that same night and speak about the upcoming elections.

Taylor, a political science professor, decided he was willing to forego hosting the caucus to share his political insights on KCAU-TV.

“They must have liked what I did because I’ve been interviewed close to 30 times since,” Taylor says.

Being a political analyst on television is not a new experience for Taylor.

“When I taught in Rochester, Minnesota, I did some commentary on a couple of TV stations,” Taylor says. “I hadn’t done so since being back in Iowa, so I was excited when this opportunity came up.”

Taylor is able to bring a different perspective to the newsroom at KCAU. Living in Sioux Center rather than Sioux City, he has a better pulse on what rural Iowans are concerned about and is able to share that perspective.

Being a Christian in the world of political analysts is something that Taylor finds to be an interesting opportunity.

“I don’t necessarily feel like I am on KCAU to evangelize,” Taylor says. “But I think my faith comes out in how I approach a subject that can be pretty contentious. I try to be very fair, even-handed, accurate, and kind. I try to show the love of Christ in the way I approach the discussion.”

“I’m usually part of a panel on Iowa Public Radio,” Taylor says. “They’ll ask me what people at Dordt think about Trump or how people at Dordt feel about certain things. They have me on because of my Christian perspective.”

Either way, Taylor sees his platform as unique. Hundreds of political analysts appear on television and radio stations every day all over the country. Why trust him?

It may be largely because Taylor uses his knowledge to discuss difficult topics in a Christ-like way. His publications and political involvement also give him credibility.

“I’ve heard people from all sides of the political sphere say they’ve enjoyed my interviews, so I hope I’ve stayed objective enough,” Taylor says. Plus, he says, it’s given him an opportunity to share Dordt’s name with people who may not know about it.