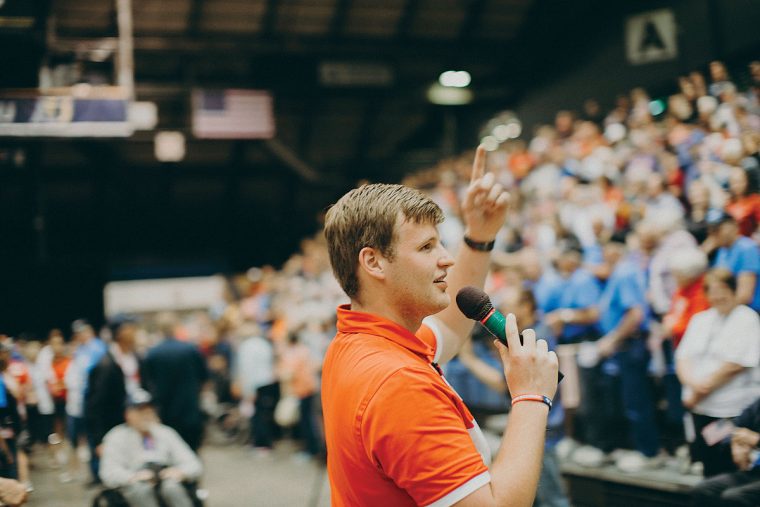 Just four days after graduating in May, Aaron Van Beek (’18) sent out his second honor flight carrying veterans to visit Washington, D.C. Van Beek is president and director of Midwest Honor Flight, a branch of the national organization that he started while a student at Dordt.

It all began with a trip to Arlington National Cemetery —and Twitter. After visiting Arlington, Van Beek followed the cemetery on Twitter and explored its website. There, he read about Wreaths across America and decided to start a branch in Sioux Center. Van Beek learned about the honor flights when the Fort Dodge Honor Flight organization asked his Wreaths across America branch to sponsor a couple of veterans from Sioux County who were being included in their honor flight.

“There hasn’t been an honor flight in South Dakota or southwest Minnesota since around 2012,” says Van Beek. “So I started looking into the possibility of opening up an honor flight locally.”

Van Beek turned that possibility into reality. He credits his history classes and the opportunities he’s had to learn about other countries for providing him with context for his work.

“What I appreciate most about the flight is that it brings healing and closure to the veterans and their families. They were willing to lay down their lives in service for their country. A lot of them don’t think that they deserve this honor, and they don’t say that they’re heroes, but they are. They all deserve to go,” he says.