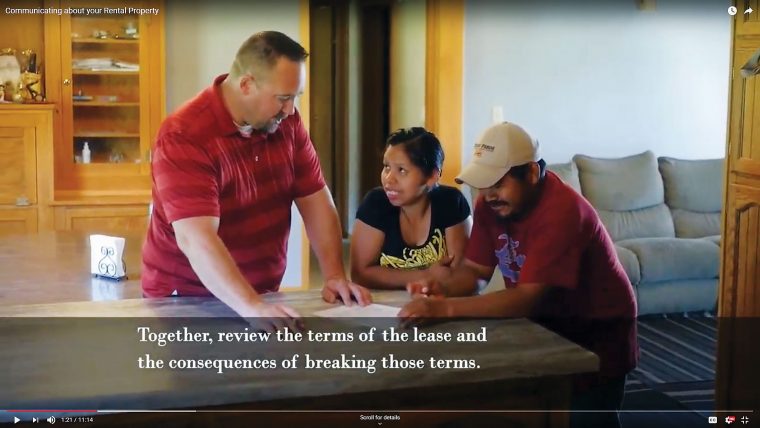 BRINGING LANDLORDS AND TENANTS TOGETHER

As public health professionals, Stephanie Van Ruler (’08) and Angela Kroeze Visser (’01) must think about social factors that have an impact on people’s health. Many of these factors relate to where people live, learn, work, and play.

She notes that between the 2000 census and 2010 census, the percentage of Sioux County residents who identify as Hispanic or Latino has grown from 2.6 percent to 8.9 percent. As the population has grown in Sioux County, so has the area’s need for stable, safe housing. Kroeze Visser, Van Ruler, and other community public health professionals have been trying to address some of the problems related to lack of housing.

“In my job, I’ve encountered people who have experienced communication difficulties between tenants and landlords,” says Van Ruler, who works at Promise Community Health in Sioux Center. “Sometimes this is due to language barriers, cultural differences, or to uncommunicated expectations.”

After local health care organizations and public health professionals conducted a community health needs assessment, a housing group was formed to tackle the communication problem between landlords and tenants. The solution? To create a video that explained to landlords and tenants the expectations involved with renting, how to care for properties, and how to communicate successfully with one another.

After securing funding through local grants from CASA (Center for Assistance, Service, and Advocacy), the Sioux County Decategorization Planning Council, and the Sioux County Foundation, the public health professionals turned to Professor Mark Volkers and Dordt’s digital media program to create the video. Sally Jongsma, a CASA volunteer and retired editor of the Voice, helped draft the initial script, highlighting topics such as how to inspect a house before entering into a rental agreement, how to care for the property, and when to contact a landlord.

Once the script was finalized, Volkers and two digital media majors, Jake Brouwer and Adam DeKleine, captured the footage by spending an afternoon at a local rental with a landlord and a tenant family.

“We had two cameras rolling, and I directed Adam and Jake through the shot list,” says Volkers.

They edited the footage and, with help from a local translator, created a Spanish voiceover that included English subtitles so landlords and tenants can watch the video side by side.

“When I saw the video, it brought tears to my eyes,” says Van Ruler. “It was exactly what we hoped it would be.”

Kroeze Visser, Van Ruler, and others have been sharing the video with local communities, including people in Sioux Center, Hawarden, and Storm Lake. They also hope to partner with churches and other non-profit organizations to spread the word about the video’s availability.

Brouwer is grateful to have been part of the production process.

“This video can serve as a bridge to help people feel welcome and to help them feel a little less anxiety about where they are living,” he says.

Kroeze Visser, who hopes that this video will be a practical tool for landlords and tenants, says, “If we can understand each other more clearly and be upfront about expectations, we can build relationships.”