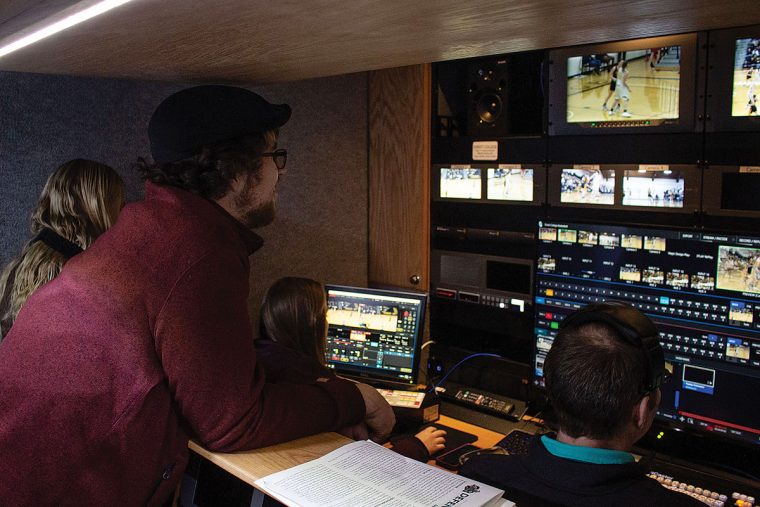 The media truck is a TV control room on wheels that allows students in the Dordt Media Network to record or livestream events, create athletic highlight videos, and promote everything Dordt.

Rich Lodewyk, Dordt Media Network director and the general manager of KDCR radio, says the media truck will give opportunities to learn about all aspects of remote broadcast production right on campus.

“Students will learn about broadcasting in a classroom and then use the truck to take the concepts and put them into live action,” he says.

There are currently eight students working for Dordt Media Network, and they have gone through

a month of training to properly use the equipment.

The truck has only been used for a handful of athletic events so far, but students are already gaining experience.

“It’s been great to learn about replay and how beneficial it can be for viewers as they’re watching the game,” says Aaron Lenz, a sophomore and a Dordt Media Network team member.

And viewers are appreciating the results, says Annie Rhinesmith, a junior who plays for the women’s basketball team.

“Family members comment about the different camera angles,” she says. “It makes them feel part of the game.”

Lodewyk is excited about the advances the media truck has brought to campus, and he looks forward to other opportunities it will give students on the team in the coming months. He envisions broadcasting concerts, chapel events, and more.