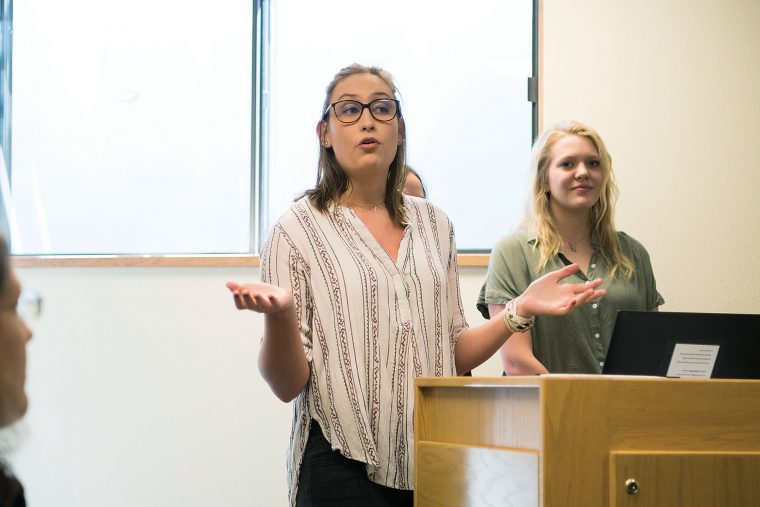 In the spring of 2001, the English department at Dordt began having conversations about whether the college needed an honors program.

“[Former English Professor] John Van Rys said to me one day, ‘What do you think about an honors program?’” recalls Dr. Mary Dengler, who has been the Kuyper Scholars Program co-director since it began. “We need one,” she told him.

“I felt our students needed something like this—we have many students who are highly-motivated, curious, and gifted. So, I said I would be happy to join,” Dengler says.

For two years, a group of faculty members met every two weeks to hammer out the intricacies of how an honors program would work. Dengler began visiting other programs around the country.

One of the early decisions they made was to name the program after Abraham Kuyper, who Dengler calls “the ideal Christian scholar.” He was Reformed and a polymath; he started Christian education in the Netherlands, founded a Christian political party, and became prime minister. He was a journalist, newspaper editor, and the intellectual forebear of Dordt.

The Kuyper Scholars Program (KSP) came to include courses in Christian worldview, which combined composition, speech, and a history of Reformed Christianity. Students write persuasive, research-based essays on topics of interest to them and present them in a weekly seminar. The topics range from book reviews, reviews of medical discoveries, studies of sociological phenomena, and more. Students publicly defend their work, taking on faculty and student questions.

“With KSP, we’re thinking about potential future leaders who will influence culture,” says Dr. Carl Fictorie, who served with Dengler as co-director of the program since 2007. “How do they develop their own voice and get some practice in doing so? The seminar is a combination of learning to develop an argument based in scholarship, to think about Christian worldview as you do it, and then to get out in the public sphere and communicate.”

Fictorie says that he has enjoyed being able to take the students to the National Conference for Undergraduate Research.

“Students from all over the country present their work, from different points of view and perspectives,” says Fictorie. “They get wonderful experience in front of an audience that is diverse and yet friendly. Our students often realize the work they are doing is as good as or better than things other students are doing at other undergraduate institutions.”

With Dengler’s retirement, KSP will undergo some changes. Starting in the fall, two new faculty members will take on the roles of co-directors: Dr. Abby Foreman, professor of social work, and Donald Roth, associate professor of criminal justice and business administration. As they do so, they will also introduce some changes, including emphases in biblical foundations and Christian philosophy.

“The strength of KSP is its academic rigor, but also that it doesn’t separate Christian scholarship and faith formation,” says Foreman. “When you are academically gifted, there are responsibilities that come with that as kingdom citizens. We want students to share their knowledge and wisdom with the broader community.”

“The program has been fabulous and delightful in every way; the students are exceptional,” says Dengler. “We want to keep its high standards. These students leave us and go to seminary, grad school, engineering, theology, sciences—they do these incredible things. KSP students have learned that they can do difficult work and not be afraid of it.”