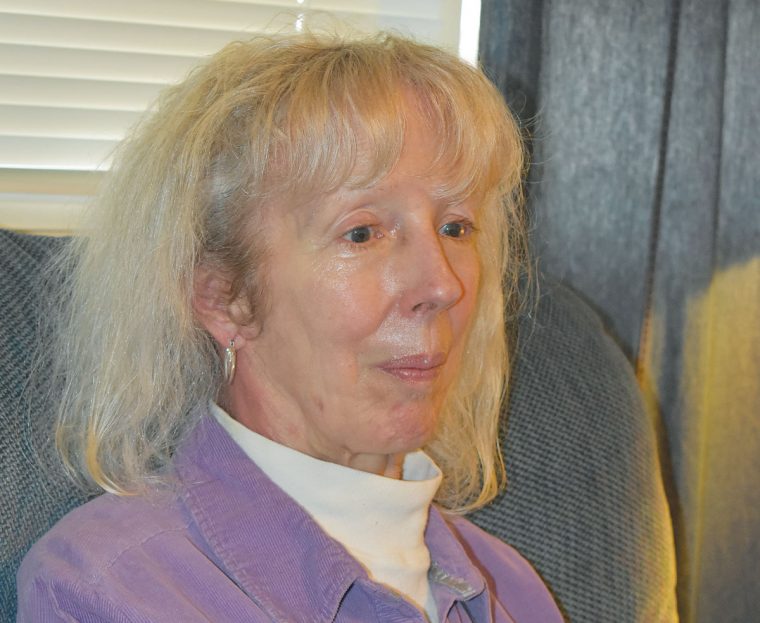 It was 1965, a time in her life, she says, for a major decision. For a girl born and reared in Grand Rapids, even thinking about coming to Dordt College—and where was that again? in Iowa?—was more than passing strange. But there were reasons that maybe, rather than Calvin College (she grew up in Calvin’s backyard), she’d hike out to a new place in the middle of cornfields running forever between earth and sky.

What Mary Medema Wilmeth wanted—and what her parents wanted for her—was a college experience that would prompt her to get out and live somewhere other than the home they’d so lovingly given her. She thought—as did they—that she needed to gain some independence. If Wilmeth stayed in Michigan and attended Calvin, she’d likely live at home.

So, in 1965 she decided to enroll at Dordt, barely a four-year school and just a decade old. She was a tall, thin young woman, given to a cascade of warm smiles. What made her unique in the class of 1969 was that, while she could make out shapes and distinguish between real trouble and a clear path out front, she was, and always would be, legally blind.

Her old college friends remember her as the girl who negotiated wintery campus sidewalks better than they did (she says once she took hold of a friend’s arm, she could normally get herself along without problems). They remember how, even in relatively dim-lit dorm halls, she could greet them by name, her voice recognition skills a perfect triumph.

And they remember her for her competence as a student, her abilities despite what people might well have called a “handicap” back then. They remember her as not only sweet, but smart, a great student.

If in fact that’s true—she’d blush to hear it—Wilmeth commends her mom and dad, who, she says, “spent HOURS [emphasis hers] helping us with homework.” Us suggests others, and there was. The Medemas of west Grand Rapids had two children, Mary and Ken, both of whom were born legally blind. Her mother’s faith bore a share of an old Calvinism that leaned a few inches too heavily into sin. For a time at least, Medema says, having two children, both blind, prompted in her mother the kind of speculation that linked adversity to transgression, and made that sin altogether too palpable in the stares of people she met, even some she knew.

An aunt, a Christian Scientist, raised the possibility of taking the two children to “a healing,” a suggestion Wilmeth’s mother didn’t simply or easily discard. Trying to square God’s will can, at times, seem an impossible task.

But one day, or so her mother told her, the darkness in her mother’s mind and soul was lifted. Mom Medema was doing laundry, ironing in fact, moving the hot iron back and forth, back and forth, when something of a vision cleared her soul and imparted strength that she says could only have come from a divine source.

“A light went on in her soul and she realized that God had a loving plan for her children and that he would give her the strength and guidance she needed.” That’s the way her mother explained it to her daughter. What’s more, Wilmeth says, “My father realized that God was wanting to draw him a little closer through this new challenge.”

When professional rehab experts advised her parents to treat their blind kids just like any others, she and her big brother headed out into the neighborhood, Ken taking to the sidewalks on his bike, which absolutely terrorized the people next door. Lake Michigan sand dunes in the summer; sledding, tobogganing, snowball fights all winter—they had a blessed childhood.

Learning Braille was an essential in the self-contained public school classroom for blind kids in the city. But once Wilmeth was reading just as well with her fingers as other kids were with their eyes, Mom and Dad dropped her off at local Christian schools. That commitment extended to higher education, and Dordt seemed just the right size, she says, big enough to hide if need be, small enough to be family.

Wilmeth, class of 1969, was dean’s list-bright all four years, even though the means to her accomplishments looked—and felt—different. Iowa’s Library for the Blind found her many of the textbooks she needed, and Iowa Rehabilitation funds enabled her to hire readers for the material she couldn’t find in Braille.

In other ways, she grew also: friends, lots of them; and she picked up a guitar for the first time, learned how to play once she bought nylon strings (metal strings were tough on fingertips needed for Braille). Wielding that guitar, she joined forces with some others every now-and-then for a Defender hootenanny. The times were a’changin’.

For just about as long as she can remember, Wilmeth wanted to teach as she had been taught—in a self-contained classroom for visually-impaired kids because “I wanted to give them as good an education as I had.”

Her student-teaching put her in exactly that kind of situation, in Des Moines, where she quickly understood that she needed more skills in navigating a world considerably bigger than she had imagined. For instance, she needed to learn to cook.

For a year after graduation, Wilmeth attended the Iowa Commission for the Blind in a residential adult training center, where, surrounded for the first time with a fun group of other vision-impaired young adults, she felt a joy and freedom she’d never before been part of, but a freedom that included the possibility of making poor choices about directions in her life, including the freedom to fail.

Learning those important life skills enabled her to get what she calls “a dream job” with the Des Moines school system. In a self-contained classroom for children with disabilities, she was the resource teacher who met with blind students from those classes to work one-on-one, the kind of professional position she’d always wanted.

But good friends who did not share her faith brought her into situations where her values were tested as they’d never been before. Despite her mother’s objections, she married a man, another blind person, who abandoned her after just a few years.

That broken marriage, as well as the difficulties other good friends had suffered, wore her down and eventually drove her to her knees, literally. “When I saw how some people were treating others,” she says, “I realized that I didn’t want to live with such a worldview. That’s when I got down on my knees and asked God to direct my life.”

Those were trying days. When a Christian radio station asked her in for an interview—a blind Christian teacher going through divorce—she accepted and became a regular on the early morning program. She was so impressive that when the host looked to retire, he asked her to be one of his replacements. She consented and made a habit of interviewing people from significant ministries around Des Moines. “I was so blessed interviewing these people who all had so much to share!” she says. The show was spiritual therapy.

Then a man named Bill Wilmeth walked into her life one day in Dahl’s grocery and became, soon thereafter, a kind of “friendly stalker,” she says. From the get-go, he seemed to her to be perfectly wonderful, “the love of my life,” she says now, all these years later. She was attracted “first of all,” she says, “to his relationship with the Lord—a strong one. He was and is confident, bright, kind, opinionated, and tender.”

The two of them fit like pieces of a puzzle. Bill never even proposed, she’ll tell you. They just talked together so long and lovingly that the direction of all that conversation pointed inexorably toward a marriage that happened in 1984, which makes their next anniversary their 35th.

Their lives together include some years in Kansas City, where Wilmeth taught in the Kansas School for the Blind, and then Ogden, Utah, when allergies prompted them to look for a drier climate.

In Ogden, where they live today, she continued at the Utah School for the Blind, where she taught basic skills—reading lunch menus, writing down phone numbers, counting money, telling time, reading comprehension, preparing simple snacks or meals, making beds, and on and on, just the kind of position she’d always wanted and always loved. She retired in 2008.

“As I look back over my life,” she says, “I am astounded by the mercies, blessings, guidance, and patience of my Lord and Savior, Jesus Christ.” Her parents gave her a loving and nurturing Christian home, her church put a spiritual foundation beneath her feet, and Dordt was, “for this blind student,” she says, a welcoming place.

Legally blind since birth, she’s been blessed with this vision: “Yet I am always with you,” she says, quoting her “life verse,” Psalm 73:23. “You hold me by my right hand; you guide me with your counsel, and afterward you will take me into Glory.”

The words of the psalmist, the word of the Lord, the vision of Mary Medema Wilmeth, forever his child.