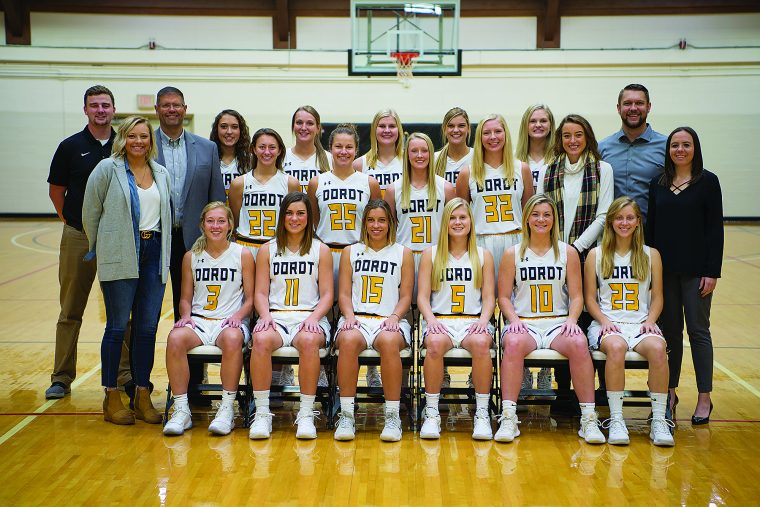 Being named a scholar-team by the National Association of Intercollegiate Athletics (NAIA) is noteworthy, especially since athletic team members must maintain a cumulative 3.0 grade point average (GPA) during an academic year. Having all varsity teams named scholar-teams? Historic.

In July, the NAIA announced that, during the 2018-19 academic year, Dordt University had all 18 of its varsity teams earn the honor of scholar-teams—the first time in Dordt’s history that all teams have hit the mark.

“The academic success of our athletic teams is part of a collective campus effort to help each student have a positive academic experience,” says Douma.

For 10 years, the registrar’s office at Dordt has tracked athlete GPAs and compared them to the student body as a whole.

“Over that 10-year period, when accounting for the differences in GPA between men and women, you can’t tell an athlete from a non-athlete at Dordt by looking at the GPA,” says Jim Bos, Dordt’s registrar. “Our coaching staff recruits students who are a good fit for our institution, and our coaches take academics seriously. It is because everyone is working together and has the success of our student-athletes as their goal that we can celebrate an achievement like this.”

Ebby Prewitt, a senior biology major who plays on the women’s basketball team, says that time management is key when it comes to maintaining balance. She recalls a time when, wired from a game against Jamestown University, she and three teammates worked on a physiology lab report at 3 a.m. on the bus.

“Maintaining a balance is definitely a challenge,” says Prewitt. “I try to do my homework in-between classes during the day, and I make it a priority to relax with friends and do fun things as well as being committed to my sport and to academics.”

“We believe that no one rises to low expectations, and this is as true on the field as it is for other areas of our lives,” says Penner.

Other teams have earned the scholar-team honor repeatedly, including the women’s and men’s cross-country teams, which were honored each year since 2007-08.

“Ultimately, consistency is the key for good distance athletes and, I think, for good students,” says Nate Wolf, Dordt’s cross-country coach. “The character traits we want to recruit are what make excellent students. We make this clear when we recruit student-athletes.”

Prewitt, who hopes to become a physician’s assistant someday, says the hard work she and her teammates put into athletics can and should be translated into working hard in the classroom.

“The skill of discipline that we develop in athletics can easily be applied to academics,” she says. “We have a goal in mind, just like we would on the court, and we are going to work as hard as we can to achieve that goal.”

The women’s basketball players rally around each other not only on the court but in the classroom as well, says Prewitt.

“I can think of numerous times when two or three of us had a tough anatomy test right after morning workouts. Teammates would quiz each other during the lift and tell each other, ‘Good luck, you’ll do great!’” she says. “We love to be known as a team that works hard in all aspects of our life here on campus.”