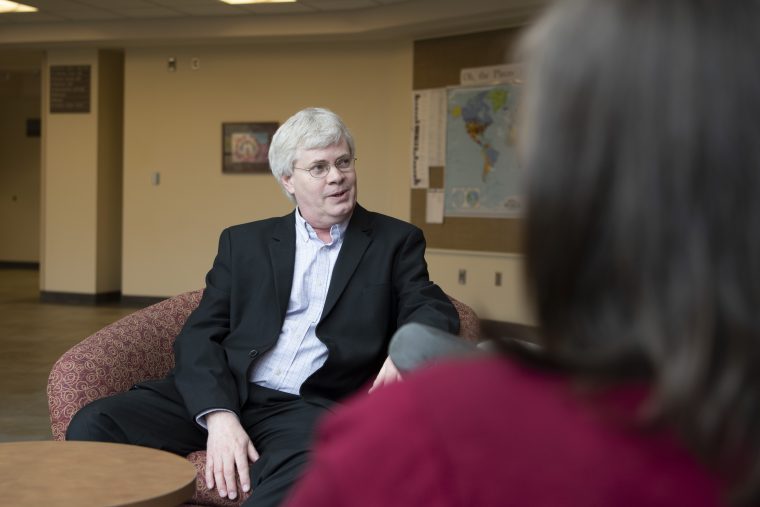 Two Dordt University professors put their passion into practice this political season by running for and ultimately winning seats in Iowa’s primary election on Tuesday, June 2.

Randy Feenstra (’91), a Dordt business professor and an Iowa state senator, won the Republican primary race against Congressman Steve King by a margin of nearly 10 points – 45.7 to 36 percent. Feenstra will run against Democrat J.D. Scholten in November for the U.S. House of Representatives seat from Iowa’s Fourth Congressional District.

Feenstra, who grew up in Northwest Iowa, says he is humbled by the outpouring of support he received during the campaign.

“I’m so grateful for God’s plan that continues to unfold,” he says. “Serving others is my passion—it’s why I serve in public office and why I love Dordt. Dordt has allowed me to help mold God’s image-bearers to be Christian lights in all parts of redeeming his creation.”

“In my classes at Dordt, I have always tried to share a real-world perspective with students,” says Taylor.  “Government and politics are not just things we study; they are things we do. It’s important for Christians to not only be ‘as innocent as doves’ but also ‘as wise as serpents’ (as Jesus puts it). Serving in the legislature should give me new political examples and greater insight into the process—which will benefit Dordt students.”

Juliana Martinez, a political science major at Dordt who was recently elected as the state-wide Iowa Federation of College Republicans Chairwoman, was excited to hear that Feenstra and Taylor won their primaries.

“They have served our campus community well,” she says. “Often, education is about theory—philosophies, best practices, and the what-if situations. But because Dr. Taylor and Senator Feenstra have experience in politics, students learn not only about theoretical practices, they get to learn about actual experiences—how campaigns are run, how changes are made on the Senate floor, and more.”

Martinez thinks it’s important for Christians to take an active role in politics.

“God calls us to be active citizens—participants in every area of contemporary life,” she says. “Why shouldn’t Christians have a seat at the table? Why shouldn’t Christians have an influence in the laws that are being written? Our form of government is based on the idea of representation, and we need individuals in Congress and the Iowa Senate who represent a Christian worldview well.”