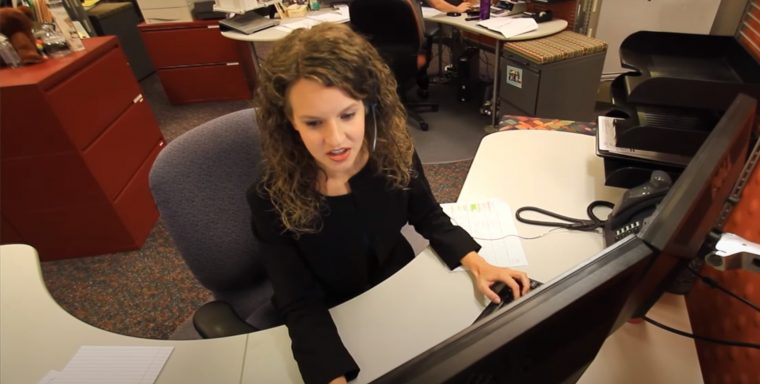 It turns out Westra had nothing to worry about. Not only did Westra pass all the exams, he qualified for and ultimately received the prestigious Elijah Watt Sells Award, which is for high-performing individuals who obtain a cumulative average score above 95.5 across all four sections of the CPA exam—and pass on the first attempt.

How many CPAs receive this award? Not many – Westra is one of only 133 out of 75,000 individuals to receive the award this year.

And Westra is not the only Dordt graduate to receive the Elijah Watt Sells Award; in the past 10 years, Kristen (Brands, ’10) Sandhurst and Michael Gorter (’12) also earned the prestigious award—within two years of each other.

“I remember how remarkable it was to have two Sells Award recipients in 2010 and 2012,” says Dr. John Visser, professor emeritus of finance at Dordt. “At the time, only one other college had more of their bachelor’s degree students receive the award, but that school enrolled twenty times as many accounting students. So, per student, Dordt had by far the highest ratio in the nation of Sells Award winners.”

Sandhurst, who works as a director of accounting at MetaBank in Sioux Falls, says that winning the award had a positive impact on her career.

“I’ve been able to include the award on my resumé, which has led to opportunities in my career,” she says. “That said, in my day-to-day, the bigger impact is the accounting knowledge and skills I learned at Dordt and in studying for the CPA exam. I utilize that knowledge every day in my work, whether looking at accounting guidance for a new product my company is offering, teaching my team about accounting areas they are struggling with, or discussing new accounting guidance that is relevant to my company.”

“Your reputation is one of the most valuable assets in your career, and receiving the award was a great way for me to start building my reputation,” says Gorter, who works as an audit manager at Deloitte in Minneapolis after recently completing a two-year rotation in Deloitte’s national office. “More importantly though, the process of studying for the exams gave me the opportunity to practice the skill of working hard to accomplish a goal, which is crucial to maintaining that reputation.”

Having three Sells Award recipients in 10 years highlights the rigor of Dordt’s accounting program, says Visser, as “many colleges and universities that teach accounting have never had a Sells Award winner.”

Westra serves as a staff accountant at Kroese & Kroese Certified Public Accountants in Sioux Center. Thankful to have the CPA exam behind him, he is grateful for his Dordt experience.

“The professors at Dordt did a great job helping me develop the knowledge and skill I needed to begin my career after college, and they also helped me learn much of the material I needed to know for the CPA exam,” says Westra.

“Earning the Sells Award shows just how dedicated and prepared a student like Jacob must be to excel on the CPA exam,” says Dr. Randy Smit, professor of business administration at Dordt. “It is an incredible honor, and it takes hard work, dedication, and a complete support group in order to rise to such a challenge.”