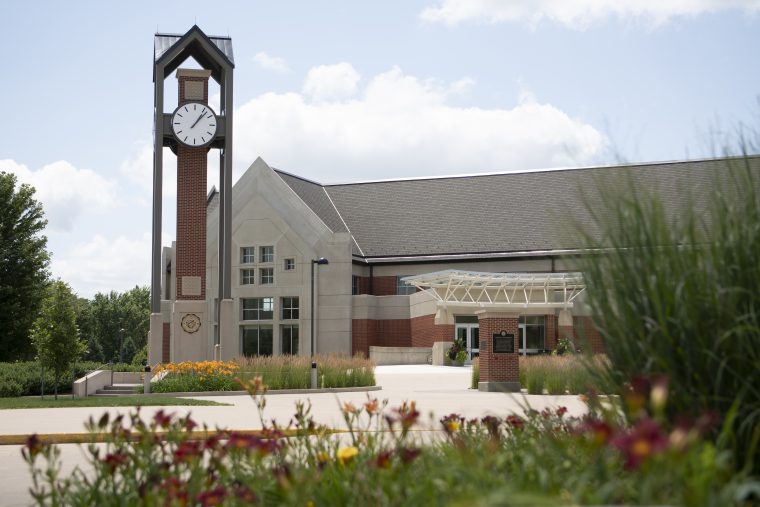 Dordt University has the lowest per foot utility cost in the state among Iowa Association of Independent Colleges and Universities (IAICU) of similar size, according to a recent financial benchmarking report released by the IAICU.

The per foot utility cost is calculated by comparing the cost of utilities for the institution as a whole to the total square footage of Dordt’s buildings.

Vice President for University Operations Howard Wilson cites several reasons why Dordt has the lowest per foot utility cost in the state. One advantage is that Dordt is located in Northwest Iowa, where electricity and gas are relatively inexpensive compared to other parts of the state or country. A second advantage is that Dordt’s buildings are relatively new in comparison to campuses that were built in 1905 or earlier; Dordt’s oldest building was built in 1955. And third, compared to many institutions, Dordt has significantly less deferred maintenance than many institutions because maintaining facilities well has always been a priority.

A fourth and crucial advantage is the fact that Dordt employees are efficient and hard workers.

“There is a strong work ethic on Dordt’s campus, which means we do not have to hire as many employees per square foot as some other colleges and universities do,” says Wilson.

Members of Dordt’s facilities team care for more square footage than those at most institutions and often go above and beyond to be stewardly with resources. Paul Kroeze, who serves as maintenance technology technician, is passionate about energy-saving measures.

“The HVAC controls in any construction since about 1990 have the capability to monitor temperatures as well as control heating and cooling so energy isn’t wasted,” Kroeze says. Dordt also uses ice storage; ice is made during low electrical demand times and is used for cooling when demand is high in order to “shave the peak” and thereby keep overall energy costs lower. In addition, energy is conserved as a result of computerized controls that allow rooms to be heated and cooled only when they are occupied.

Duane Mulder, who retires this summer after serving for 37 years in facilities and services and who currently works as caretaker for the Campus Center, also exhibits thoughtful stewardship. Years ago, Mulder helped Dordt purchase used Kirby vacuums from a nearby hotel. More than 30 years later, these silver vacuums are still in use in on-campus dorms, and Mulder knows how to fix them better than anyone on campus.

The bottom line is that Dordt seeks to operate highly efficiently.

“We realize that being stewardly with our resources impacts tuition, so we try to reduce costs whenever possible,” Wilson says.

“We should always make wise use of what God has entrusted to us,” Kroeze adds. “At Dordt we are always balancing the cost of saving energy with the cost of buying energy while keeping everyone comfortable, and I think we find a pretty good balance.”