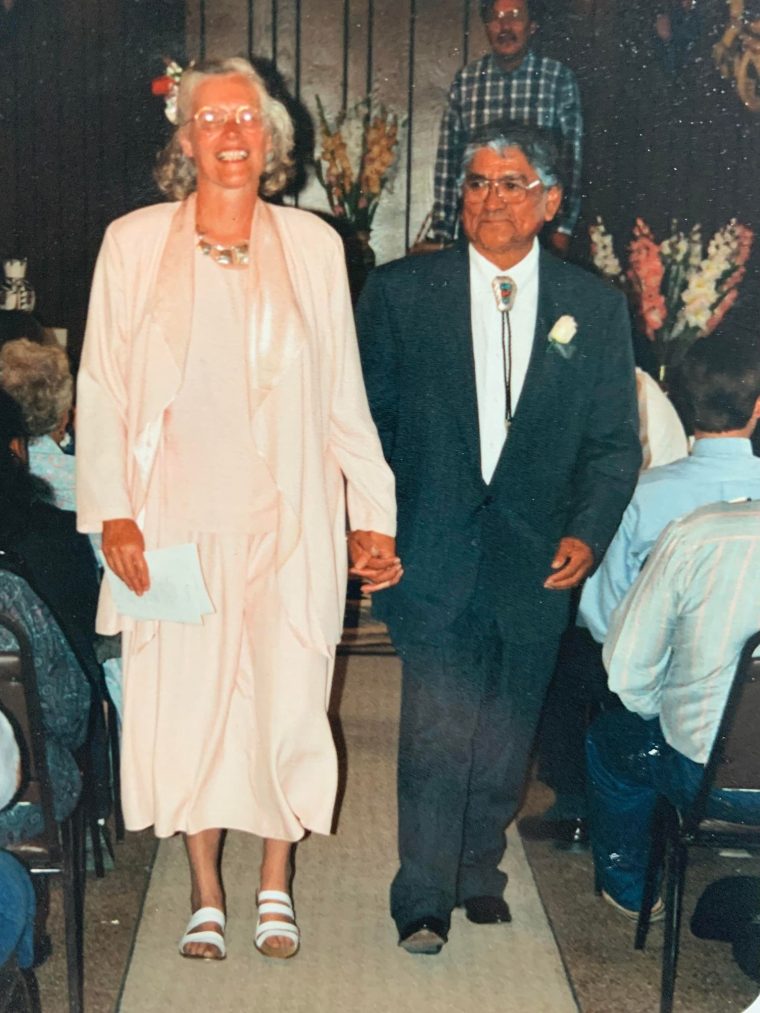 When he was 13, Ernest Phillip Benally (’58) almost died. No one, even the nurses, expected him to live. A rattlesnake bite was almost always fatal.

Traditional Navajos once had strong feelings about rattlesnakes, worshipped them after a fashion, even though (and maybe because) they so deeply feared their bites. Folk wisdom claimed that once the venom entered the blood stream, the victim was forever poisoned.

In his own life story, My Walk of Faith, Benally says he had, from the time of the snakebite, a kind of reticence about him—he was shy in part because friends and acquaintances, even family, were hesitant to get near him. The kid held venom in his veins.

Benally proved his abilities at the school at Rehoboth, though, and the principal recommended he consider a new college a world away in a place called Iowa. So, he bought a ticket and got on a Greyhound. He’d been to Phoenix, where he’d spent some time at the Phoenix Indian School, so Sioux Center was not his first experience off reservation. A quick trip through his childhood illustrates just how different a life this Native American had led compared to what he found in Sioux County, Iowa, in 1956. Benally was a full-blood Navajo in a world of fair-haired Dutch Reformed students.

Benally was born at home in 1935 in a traditional Navajo way, his mother kneeling on a sheep pelt, holding to a sash belt hung from a sturdy log in the ceiling, his father behind her for support, while grandpa chanted ceremonial songs. His mother always thanked him, he says, for coming quickly. Benally was one of his mother’s seven children, the oldest boy. Navajo tradition not only allowed for multiple spouses, it even expected it when special family situations arose. So, his father took a second wife and had six children with her.

The family sat on the floor when they ate meals in that one-room hogan. Even though neither parent had attended school, his father respected friends who had, those who held down respectable jobs. His father would often tout the importance of getting an education.

Traditional Navajo medicine men were plentiful in his family. Benally was very religious, so religious, in fact, that his mother, who noted the strength of her son’s prayers and his love of singing, told him, “Maybe you should consider becoming a medicine man too.”

At age 10, Benally started school at the Crownpoint government boarding school. It was there that he first heard the gospel. Time each week was set aside for “religious instruction,” often led by a missionary who would tell Bible stories that Benally learned quickly to love.

Although he didn’t become a Christian at the time, the quality of those richly detailed stories was so enticing that he began to like them. They angered his father, however, who told him he hadn’t brought his son to school to become a Christian. “You have your own religion,” he told his son.

But Benally was determined to go his own way, and that way proved to be the way of the Lord he’d come to know. Hence, Dordt.

There is no record of how his fellow students—all 70 of them—evaluated their food in 1956. But it’s not surprising that Benally might have found the food tasteless, and even worse, a bit skimpy. “My experience at Dordt was very positive,” he says in his memoir. “I started out with a couple of immigrant roommates from Friesland,” which turned out okay, “but the food was terrible.”

That it was bad is the key to understanding what happened next to Benally, a stranger in a strange land. One Sunday, when he attended First CRC in Orange City, he was blessed by way of a dinner invite at the home of another student, Harold Bruxvoort. The food at the Bruxvoorts’ Sunday dinner came as a welcome relief.

Mom Bruxvoort wasted no time when she heard Benally’s evaluation of what he’d been fed. “Why don’t you just move in with us?” she said. He thought it would be a good idea, and he could ride back and forth to Sioux Center with Harold.

So that’s what happened, a Bruxvoort blessing, even though Mom Bruxvoort never learned how to cook fry bread. No matter. Pot roast will do, Benally might have said. The truth? Benally put on 20 pounds during the two years he spent at Dordt.

In May of 1958, Benally graduated from Dordt, a junior college at the time, with an associate of arts degree, having taken a pre-seminary course—Greek, Latin, and Dutch. No Navajo.

He went on to study at the Reformed Bible College (now Kuyper College) and Calvin College (now Calvin University) in Grand Rapids, eventually did a master’s in social work at the University of Utah, and went back home to the reservation to serve as the Director of Social Work at Crownpoint Indian Health Service. Years later, he became Ministry Director of Classis Red Mesa for Christian Reformed Home Missions.

Benally’s service to and with the church was not without trials, at least some of which arose from the racism a Native man could experience in a church overwhelmingly dominated by white culture. His life experience is a textbook case in the perils that can undercut Native ministry. Because of his persistence, he served for many years as a lay leader for Classis Red Mesa, the group of largely Native American churches on the Navajo reservation.

Benally married Martha Jean Begay in Gallup, New Mexico, on January 3, 1960. To that blest union three girls—Tena, Alex, and Diane—and one boy David were born. Years passed. Physical problems came along sometimes and made things difficult; emotional darkness swept in and out occasionally, as it has and does to many of us.

Soon after Benally transitioned from his social work position to a new position with Home Missions of the CRC, his beloved wife Martha developed pancreatic cancer and passed away within three months.

As regional director of CRC Home Missions, he came into contact with other professionals working around the reservation, including a schoolteacher named Ruth Brink Heil, whose grandfather had been a pioneer missionary to the Navajo. After Martha’s death, Ruth became the second love of his life. They married in August of 1997. Benally was 62 years old.

Years later, when the two of them required additional care, they moved their household to Michigan to be closer to Ruth’s family, her daughter Susan and her husband.

In May of 2021, Benally looked up the telephone number of his old friend, Harold Bruxvoort, who’d spent most of his life teaching at the Reformed Bible College (now Kuyper College) in Grand Rapids. Benally called to say hello and told Harold that he and his wife, Ruth, were now living in western Michigan, oddly enough. He gave Harold his address.
Benally and Ruth were looking for a Michigan church home, so Harold, in a pattern begun 65 years before, invited them to his church—and they came. Harold also gathered up three more former Dordt students and paid the Benallys a visit.

Sadly, Benally was dying. At 86 years old, as Ruth tells it, his body was simply shutting down in a way that soon made hospice care inevitable.

And now, this story of young men from different worlds becomes everyone’s story. In Benally’s case, end of life was in sight. Hard of hearing for years already, his deafness kept conversations to a minimum. But even with silence, fellowship blossomed.

On some Sunday mornings, Harold Bruxvoort offered to come over and sit with his old friend so Ruth could attend church. Ruth smiled thankfully and took him up on the offer.

So, the two of them would sit together, often in silence, but together, two lifetimes of service and worship between them, two Christian souls moving slowly toward what both believed was and will be, in one moment, both an end and a beginning.

Benally passed away in hospice care on December 5, 2021.